Book Launch “In Defense of the Constitution: Reflections for History” by Leonel Fernández

In the event for “In Defense of the Constitution: Reflections for history”, the former head of state manifested that in order to achieve prosperity, there have to be democratic rules of play in which politicians and the governed are attached and committed to the law.

SANTO DOMINGO.- The former President of the Dominican Republic and President of the Fundación Global Democracia y Desarrollo and Global Foundation for Democracy and Development  (Funglode/GFDD), Leonel Fernández, reaffirmed his claim of respect to the Constitution during the presentation of his book “In Defense of the Constitution. Reflections for history”, on Tuesday 19, at the auditorium Juan Bosch at the Biblioteca Nacional Pedro Henríquez Ureña (BNPHU).

In the event, lawyers Jottin Cury and Namphi Rodríguez talked about the book alongside the former president. The former head of state said that “in order to achieve prosperity, there have to be democratic rules of play in which politicians and the governed are attached and committed to the law.”

The auditorium Juan Bosch was filled with intellectuals, political leaders, congressmen, families and followers of Fernández in his political and intellectual prominence.

“Power cannot be practiced in an arbitrary manner, as established in the Constitution. That is why we must respect it,” the former president said during one of his speeches in the discussion, and also warned that we must try for the people’s will to be respected, because if not there could be violence from people who simply want to live in peace.

“We cannot cheat, we should not commit fraud,” he stated alluding to the title of the book, highlighting his defense of the Constitution.

As part of the conversation, the lawyers remembered the historical Dominican processes in which the first constitutions corresponded to the Dominican Republic in the past. To that effect, Fernández said that “the Dominican Republic today has achieved democracy” and “now the only thing left is to consolidate it.”

He stressed that the constitutional dimension is key for a country’s development and to allow its citizens to live in peace.

This book- he explained- tries to reconstruct the time that has passed up until the creating of the Constitution in 2010 and the processes that generated new reelection attempts in the recent past.

In another segment of the discussion, Fernández highlighted that the Constitutional Court, a creation from the 2010 Constitution, “has become a new watchful body of democracy.”

He also mentioned other institutional instances that were created under the 2010 Constitution to consolidate the democratic Dominican processes, among them, the Superior Electoral Court and the National Board of Judicial Power.

He noted the fact that for the first time, with the 2010 version, a constitution has defined the Dominican nationhood

The Dominican president reminded people in attendance that a “political leader has to have historical consciousness and know that what they do transcends.”

The work is divided in two parts. In the first part there are five speeches which discuss different aspects of the Constitution, the proceedings of reform, and the sacred rights and the presidential reelection.

The second part is a collection of 12 articles published in the column “Global Observatory” featured in the newspaper Listin Diario, written as early as 2015, in the midst of the debates at the national level triggered by political parties, electoral systems and the legitimacy of constitutional reforms. 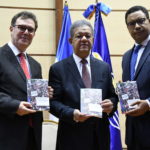 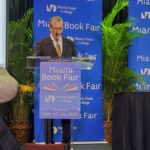 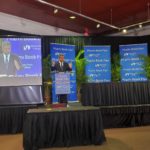 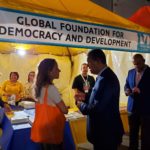 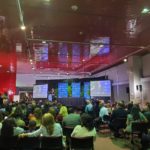 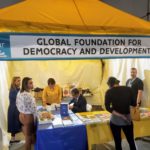 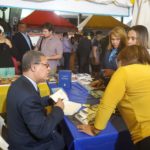 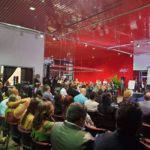 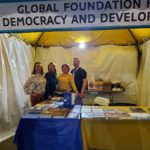 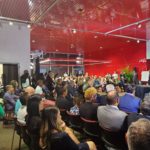 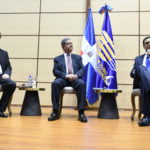 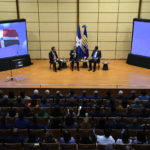 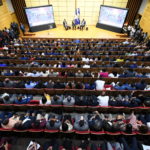 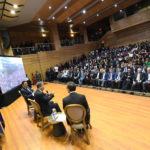 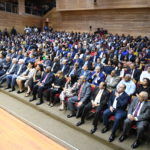