Cacú: un cambio por la vida and Chasing the Snot Whales of Samaná, and their director, Marvin Del Cid, were the protagonists today at DREFF

Santo Domingo – The third day of DREFF 2019 concludes with Dominican flair and was filled with great and educative discussions, excellent films and fun shorts for the children. Cacú: un cambio por la vida and Chasing the Snot Whales of Samaná, and their director Marvin del Cid, a Guatemalan living in the Dominican Republic, were a big hit.

The day started off with a screening of Chasing the Snot of the Whales of Samaná at the Colegio Bilingüe New Horizons in the capital and was screened again at 2pm at UNIBE. The short documentary shows how, for the first time, SnotBot- an OCEAN ALLIANCE project that uses drones to capture a whale’s blow and then studies its biological contents- has taken samples from Samaná Bay and from these mammals that visit its waters every year.

Following the screening, the award-winning photojournalist and documentary film director Marvin del Cid gave a talk about the use of technology in environmental film to the students of the academic institution. “Environmental education is vital. The work that DREFF does in bringing these films to Dominican children is already an advantage for the battle to conserve out planet. Education and understanding of the environmental problem are vital for change.”

Cacú tells the story of 5 fishermen from Manresa, a neighborhood to the West of Santo Domingo, and their transition from sea turtle nest predators to conservationists of the species. The change experienced by these men along 4 years is attributed to marine biologist Omar Shamir Reynoso, who developed a unique plan in the Dominican Republic that got the fishermen and the community involved in the conservation efforts of the species.

Another highlight of the day included the screening of Sea of Shadows at the Centro de Convenciones y Cultura Dominicana (Dominican Convention and Cultural Center, CCCD UTESA), with participation from local environmentalists and an animated conversation with the public.

About DREFF
Since its creation in 2011, the Dominican Republic Environmental Film Festival (DREFF) —an initiative of the Global Foundation for Democracy and Development (GFDD) and the Fundación Global Democracia y Desarrollo (Funglode)— has been providing Dominicans with a platform of knowledge and debate on the environment and sustainable development, along with its challenges and best practices, while celebrating the unique beauty and wealth that is the Dominican Republic’s natural heritage.

DREFF, which has a vast net of national and international partners, has reached over 35,000 spectators in the country throughout the years and continues to amplify its impact in the Dominican territory daily.

About director Marvin del Cid
Marvin del Cid, originally from Guatemala, holds a degree in Communication Sciences and has extensive experience in the visual and multimedia area. He worked for several media outlets in Guatemala and the Dominican Republic. Currently, he is working as an editor at Grupo Diario Libre in the Dominican Republic. He has exhibited his photographic work on many occasions, both individually and on group shows. He has won several prizes for photography in the Dominican Republic as well as abroad, including special mention in the Epifanio Lantigua Tourism Award in 2013 for his work on Dominican Treasures. He has won Epifanio Lantigua journalism award on several occasions (2014, 2016, 2017) in the category of Sustainable Tourism, and was the winner of the EWEA (Europe) Photography award in the Americas category. 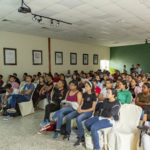 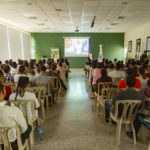 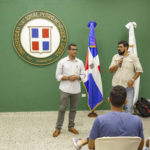 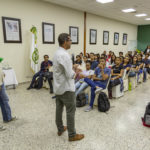 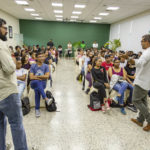 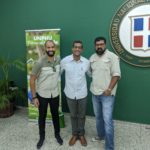 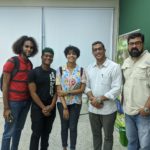