On Monday 18 March, Global Foundation for Democracy and Development (GFDD), in collaboration with Editorial FUNGLODE, is pleased to announce that GFDD has coordinated the putting into circulation of the “White Paper of Dominican Journalism” presented by the Dominican journalist, Elina María Cruz. 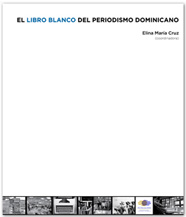 The “White
Paper on Dominican Journalism” was released by Fundación Global Democracia y Desarrollo (FUNGLODE) through its Center for Communications Research (CIC), with the foreword written by the President of the Dominican Republic and FUNGLODE and GFFD’s Honorary President, Leonel Fernández Reyna. The  ‘’White Paper’’ focuses on key aspects of the actual life situation of the media in the Dominican Republic.  The data collection
on the media was carried out in 2009, and it involved the participation of the schools of communication of the following Dominican universities: Universidad Dominicana Organización y Método (O&M), Pontificia Universidad Católica Madre y Maestra (PUCMM), Universidad Autónoma de Santo Domingo (UASD), Universidad Católica Santo Domingo (UCSD), and Universidad Tecnológica de Santiago (UTESA).

This book can become a reference point for the entire Latin America, as
there are no other such tools in the region. It is hoped to bring great benefits to the study of social communication and the media in the Americas.

This new activity replaces the discussion forum with acclaimed Dominican literary writer José Rafael Lantigua. who due to unforseen circumstances will be unable to attend the event on this occasion.

The event forms part of GFDD’s Dominican Get-togethers in the Big Apple Program, and is
the first in a series of talks to take place in New York, which will serve to promote an appreciation of Dominican, Literature, Writing and the Arts.