“Dominican Youth: A Generation with Great Challenges”, an article by Dr. Leonel Fernández 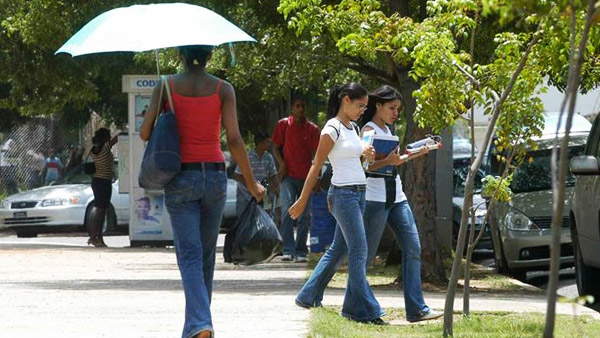 In 2015 the number of young people in the world reached historic highs.

Among the 7.6 billion people on Earth, about 4.56 billion, or 60 percent of the total population, are under 35 years old.

In the Dominican Republic, a country with 10,266,000 inhabitants, more than 6.3 million are people under 35, which is about 62 percent of the population.

Since the 1960s, the young Dominican population has grown consistently. This has contributed to the working age population and resulted in our country’s demographic dividend.

However, since 2000, when the youth population of the Dominican Republic peaked at 70 percent of the total, its share of the population has declined.

Thus, it’s projected that in 2040, the majority proportion of the population will not be young people but will be those over 35 years of age.

The declining young population is explained by the reduction in the fertility rate. In 1960 it was 7.5 children per woman and today it is 2.4. There are estimates that it will decline further to 1.7 children per woman in the coming years.

During the next quarter century, the Dominican population will continue to be predominantly young. But afterward the demographic profile will invert. The current generation will have the historic responsibility of reaching new levels of prosperity and wellbeing.

Even though it has still not settled in, the reality is that the future of the Dominican Republic rests on the soldiers of the current generation.

The achievements of the country during the last six decades, from the overthrow of the Trujillo dictatorship in 1961 to present day, will need to be consolidated by today’s young generation.

Democracy as a political system will always be a work in progress. The new generation must defend the right to the social and democratic state as well as strengthen institutions and respect for the constitution.

In addition to guaranteeing the continuous growth of the economy, sustainable development and social wellbeing, it is a priority for the next decades that we reduce social inequality; as well as improve the connectivity, productivity and competitiveness of the country, utilizing intensive capital and a strong technological component.

The knowledge revolution
The Dominican Republic’s young generation is part of the great scientific-technological transformation that is currently impacting humanity.

Right now, the scientific-technological revolution is centered on the emergence of new tools, like artificial technology; robotics; biotechnology; nanotechnology and spatial engineering.

But at the same time, we are dealing with the market entrance of new products and services that drastically change the way we learn, work and live.

At the onset it was the internet in the 1990s. But since then it has been the smartphone; sharing platforms like Wikipedia and Kickstarter; online journalism, the e-book and streaming media.

In more recent times it has been the data science in which one obtains, merges and processes large volumes of information about political, religious, cultural and recreational preferences and opinions as well as on personal consumption with the aim of better understanding different sectors of society.

Social media has generated the most radical transformation of human communication since the creation of the Gutenberg printing press. Thanks to social media, communication has become much more horizontal, globalized, diversified and shareable.

Finally there is WhatsApp, the most recent phenomena which has become the ideal method of communication used by more than 1.5 billion people around the world for its instant messenger and telephone calls.

The revolution has influenced the financial realm. The most important currencies in the world, like the US dollar, the Euro and the Yuan have been threatened by the surge of cryptocurrency, including bitcoin.

It is in this nascent, yet profoundly transforming world, that the young Dominican population must develop an innovative spirit.

Path to the future
To meet the expectations being placed on their shoulders, young Dominicans will need to be part of the ongoing great revolution: the knowledge revolution.

Young Dominicans will need to be able to utilize this knowledge to increase wealth while contributing to greater social equity in the country’s development.

The involvement of the young Dominican generation in the current knowledge revolution has to be done through the national education system. It must implement change in curriculum that produces the necessary educational quality.

As a result of that change in curriculum, the education sector must begin a process that allows for, from the very beginning, the integral development of a scientific, technological, artistic, humanistic and civil culture among students.

In every campus there must be libraries and people trained to encourage students to read. There must be physics, chemistry, biology and natural science laboratories to get students curious about understanding the world.

There needs to be greater emphasis on the learning of mathematics as a form of developing abstract thinking. This must be applied as a solution to problems related to construction, energy production, management of potable water and technologies related to national development.

In our schools we must teach topics like computer science; robotics; programming, 3D printing as well as mobile application development skills.

Likewise, we need training workshops on different genres of literature, as well as training centers for music, dance, the visual arts, theater and cinematography.

In a nutshell, we must develop young people, so they can be educated, studious, productive and competent citizens in the 21st century.

With this type of training, our young population will be ready to insert itself into the labor market or develop its own businesses, which will be sources of new jobs.

Of course, our young people cannot do this on their own.

They need the State’s help. The State must create a business incentive program that facilitates access to formal jobs for our young people.

For those that want to create their own businesses, the State must contribute to the creation of business incubators and accelerators. It must also work on the creation of a capital fund for initial projects or one for capital investment for those entities that are already functioning and need additional resources to expand.

Equipped with these modern tools to insert themselves in the labor market as well as to create wealth, we are convinced that the young people that make up the last generation of the national demographic dividend will successfully carry out their historic responsibility of making the Dominican Republic the prosperous, modern and just country that we have long hoped for.