Gerardo de Icaza: “We must emphasize that not only votes be counted well, but that the willpower of voters be respected too”

New York – The Global Forum Latin America and the Caribbean started its first session on Friday with a debate about the super election cycle in Latin America, as well as the health of democracies in the region and the polarization that is taking place within them. With just a few months left of the super election cycle, in which 15 of the 18 countries in the region will have held presidential elections in a period of just 36 months, political experts signaled that the fundamental challenge is responding to citizen demands and general dissatisfaction and learning to govern in contexts of great uncertainty and complexity.

Gerardo de Icaza asked the following question: “In these elections actually, with certain exceptions, we’ve had better and more elections. If that is the case, then why is there dissatisfaction showing up every minute of every hour on twitter? I think we’ve put way too many expectations and too much pressure on these elections. And we’ve forgotten about other significant elements of democracy that are now having a direct impact in this context.”

In that sense, the Director of the Department of Electoral Cooperation and Observation of the Secretariat for Strengthening Democracy at the OAS emphasized human rights: “Not only has the number of human rights complaints gone up, but the number of complaints to the Inter-American Commission has as well. This suggests that people do not believe that their political rights are being protected at the national level.”

He also mentioned the separation of power and said that there is a problem with the balance of power in congress and the judiciary, as well as in electoral processes. “And election rules that are changed during the election process or shortly beforehand. And this change of rules creates quite a bit of uncertainty for the Rule of Law.” De Icaza made reference to what he called fake pluralism. “There are two kinds of parties: taxi parties, which don’t really exist, but that include a famous figure to get into power but struggles when it actually gets to governing. And the briefcase party: a briefcase of money from the government.”

In this context, the people have shown that they feel betrayed. It instills a feeling of betrayal in their vote. We must emphasize that not only should votes be counted well, but that the willpower of voters be respected too.”

María Victoria Murillo mentioned that “we are not facing a new cycle of law as suggested, but we are dealing with public discontent. Sometimes change is requested, and sometimes the public says, ‘I’m tired with the political system’.”

Furthermore, she emphasized that “the vote of anger,” which is how Zavatto characterized it, is also due to social discontent with corruption scandals in the region.

Regarding Argentina, Jorge Taiana said that “you can’t make a political analysis without considering the economic situation, which is a catastrophe. In one and a half years, we’ve amassed more credit than ever before in the history of the Monetary Fund. We have an interest rate of 81%, the dollar’s value has tripled in less than a year and 49% of children are poor.”

Meanwhile Alejandra Sota said that “We have more and more elections that are very polarized and that have very close outcomes. This demonstrates all that is left of the election reforms of the 90s.”

Sota also highlighted the importance of developing leaders in Latin America through democratic processes. “I think that we have to focus on institutions and universities to develop leaders that are committed to the defense of democracy.” 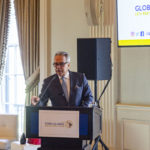 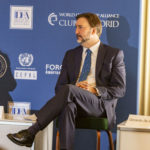 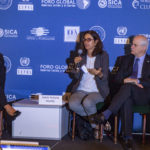 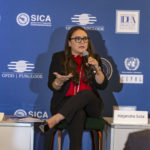 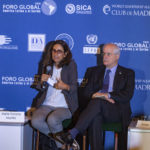 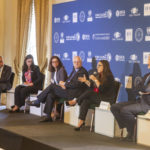 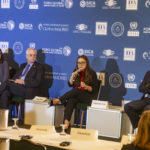 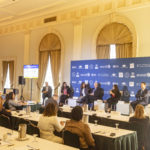 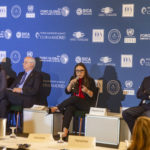 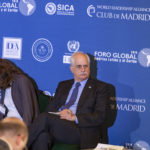 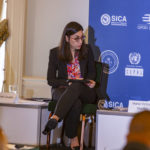 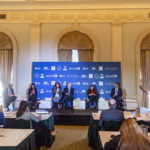 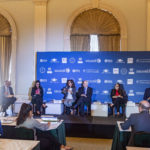 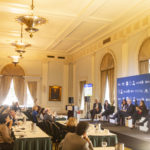