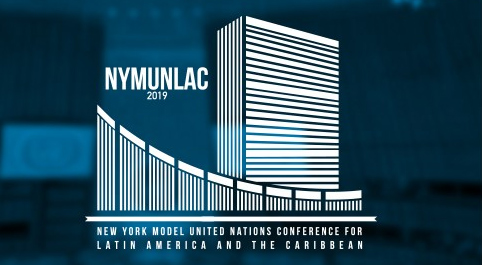 The conference is organized by the Dominican Association of the United Nations (ANU-RD, for its initials in Spanish), the Global Foundation for Democracy and Development (GFDD) and its sister organization in the Dominican Republic, Fundación Global Democracia y Desarrollo (Funglode) as well as the Mexican Civil Association, GlobalMuners.

The meeting will bring together more than 500 students from primary and secondary schools as well as universities from the Dominican Republic and other countries throughout the region.

During the five-day competition, students will simulate twelve commissions and organizations in the United Nations and Interamerican System.

Among the topics to be discussed will be climate change mitigation; the protection of refugees and migrants; privacy rights in the digital age and the political situation in Nicaragua.

GFDD/Funglode’s support in organizing activities such as the NYMUNLAC 2019 offers valuable learning and civic leadership experiences to young people in the Dominican Republic, Latin America and the Caribbean.