Santo Domingo – Under the theme “Passion for our planet”, a new edition of the Dominican Republic Environmental Film Festival began today. A total of 12 screenings from 6 countries- Colombia, Argentina, Belgium, U.S.A., Mexico and the Dominican Republic- will be shown over the next 4 days in 9 venues around the country in association with universities, schools, libraries, and cultural and research centers.

Morning proceedings
Worse Than Poop! was the starting film of the day, intended for young children and was screened at the Colegio Bilingüe New Horizons of Santo Domingo at 9am. Ramón Cabrera, multimedia coordinator of DREFF, introduced the production of the American film, directed by Vanessa Warheit, and explained that “three Dominican cities- Santo Domingo, Santiago and Punta Cana- will host activities where the main objective is to welcome and involve the community in the biggest and most important debate that is happening in our planet: climate change.”

At Instituto Iberia, Reidy Moreta, in charge of film traffic, explained alongside the Instituto’s director, Víctor Martínez, that following in the mottos of past editions, “this year the event will tackle themes relating to the conservation of species, of the oceans, plastic pollution, renewable energy sources, and many other aspects of sustainable development.” Martínez highlighted that the Festival is the best educational offer to instill in others a sense of care toward the environment and inspire us to live a more sustainable lifestyle.

The screenings of Ghost Fleet (directed by Shannon Service) at the Universidad Iberoamericana (UNIBE) of Santo Domingo, and Pandas (directed by Drew Fellman & David Douglas) at New Horizons, completed the morning. At UNIBE, DREFF’s director of programming, Maria Victoria Abreu, thanked the university for another year of collaboration in the Festival with the same enthusiasm, and explained that DREFF continues to believe that it’s the young people that are leading and generating debate around the challenges of climate change. “Sustainability is no longer foreign and now we all know that a change of habits is necessary, of public policy and ways of thinking. Change is in motion and, fortunately, it is unstoppable.” Sardis Medrano, UNIBE’s lab coordinator, said “the screening moved the everyone in the room.”

In the evening
In the afternoon, the program continued with Cacu: Un cambiopor la vida, from the Guatemalan based in the Dominican Republic, Marvin del Cid, at the Instituto Iberia de Santiago de los Caballeros; Albatross, from Chris Jordan, at PuntacanaVillage, and Ghost Fleet, in the Centro de Convenciones y Cultura Dominicana UTESA (CCCD UTESA) in the same northern city.

Special Presentation in Punta Cana
In front of an open air auditorium with around 200 participants in attendance, DREFF and Fundacion Grupo Puntanaca, with support from Delta Air Lines, screened the documentary Albatross and achieved an interesting session of questions and answers with the producer of the film, special guest of the seventh edition of DREFF, Victoria Sloan Jordan. The event counted on the presence of Jake Kheel, Vicepresident of Fundacion Grupo Puntanaca and member of DREFF’s National Advisory Committee, who shared a few welcoming words along with Maria Victoria Abrey, Director of Programming of DREFF.

“For Grupo Puntacana and its foundation it is very important and also an honor to rely on allies like DREFF to bring environmental films to Punta Cana. We have been participating for 5 years and we love being part of this initiative.” said Kheel, while Victoria Sloan Jordan commented “it is a great labor that DREFF is doing bringing these types of films to the Dominican public; to bring home messages of deep reflection to the community. Albatross reflects who we are as individuals and how we are part of something much bigger and interconnected.”

About DREFF
Since its creation in 2011, the Dominican Republic Environmental Film Festival (DREFF) —an initiative of the Global Foundation for Democracy and Development (GFDD) and the Fundación Global Democracia y Desarrollo (Funglode)— has been providing Dominicans with a platform of knowledge and debate on the environment and sustainable development, along with its challenges and best practices, while celebrating the unique beauty and wealth that is the Dominican Republic’s natural heritage. 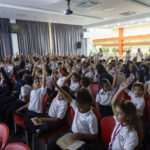 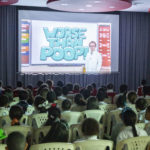 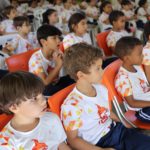 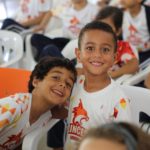 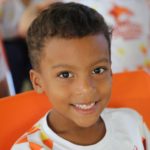 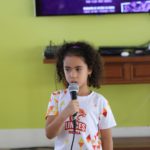 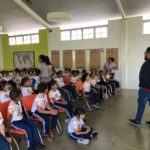 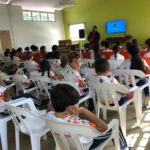 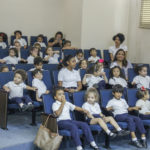 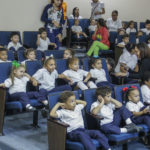 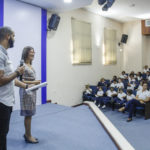 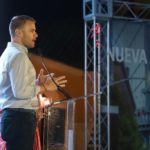 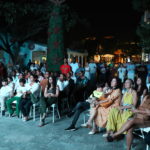 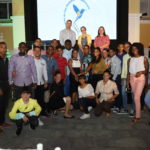