GFDD’s director, Natasha Despotovic, and the General Secretary of International IDEA, Kevin Casas Zamora, welcome statesmen and experts who will debate the future of the Americas for two days in New York

New York – The II Global Forum Latin America and the Caribbean was kicked off yesterday with a reception of guests and cocktail event that brought together international experts and former heads of State who will debate the trends and social, political and economic challenges in the region today and tomorrow in New York City. “The purpose of the event is to bring together thinkers, researchers and people that are important actors in the socioeconomic and democratic development of the Western Hemisphere to debate highly important topics, to search for solutions and share experiences,” saidNatasha Despotovic, executive director of the Global Foundation for Democracy and Development (GFDD), the event’s organizing institution alongside International IDEA. The event also receives help from the Economic Commission for Latin America and the Caribbean (ECLAC), World Leadership Alliance–Club de Madrid, the Institutoe of Latin American Studies of Columbia University (ILAS) and the Central American Integration System (SICA).

The executive director of GFDD acknowledged the presence of representatives from the organizing and collaborating institutions as well as that of experts and friends that always support the institution’s initiatives.

“We know that we are going to touch upon many extremely pressing and interesting topics. Democracy is in crisis. We are entering an economic cycle where the economy is headed downward. There will be a recession. We have to reassess democracies,” addedDespotovic.

Reflection on the Quality of Democracies

For his part, Kevin Casas Zamora, former second vice-president of Costa Rica and the secretary general of International IDEA said that “it is very important to reflect, particularly in Latin America, on the quality of democracies.”

“It is a good moment to take an inventory of where we are and where we want to go,” he maintained.

For Daniel Zovatto, International IDEA’s regional director for Latin America and the Caribbean, the main objective of the forum is “to be able to take the pulse of what is happening in the region.”

According to Zovatto, the forum takes place during a “very opportune” moment since it comes at the end of a decade that “was supposed to be Latin America’s decade.”

Additionally, it coincides “with 40 years of the third wave of democracy,” something that for Zovatto “is a good moment to make an assessment” on the state of democracy in the region.

In that sense, public-private alliances, challenges of public order and security in contemporary democracies, as well as the “electoral super cycle in Latin America in 2019,” are some of the topics thatwill be covered in the panels during the two days.

The forum also will debate in which direction global socioeconomic trends are headed and what are the perspectives for Latin America.

Meanwhile, Jorge Taiana, former minister of Foreign Affairs of Argentina and one of the participants in the forum, also mentioned that it is “a good moment” for these debates.

“There are changes in the value for democracy and then to speak about the reality, to share our thoughts, to identify difficulties and think about the future to try to have a future with democracy, liberty and justice,” he said.

For her part, María Elena Agüero, general secretary of the Club de Madrid, an organization that unites former heads of State and government, highlighted that “topics will be covered that deal with democracy and the development of Latin America” and the “difficult juncture.” “Today we have to devote ourselves to defending democracy, to defending and preserving it,” she mentioned.

Among the statesmen included in the Forum’s program that will begin today are former presidents Felipe Calderón of Mexico; Laura Chinchilla of Costa Rica; Vinicio Cerezo of Guatemala and Danilo Turk of Slovenia, as well as the former vice president of Colombia, Humberto de la Calle. Furthermore, forming part of one of the six panels that will be held Thursday the 26th and Friday the 27th are  Kevin Casas Zamora, the former second vice-president of Costa Rica and secretary general of International IDEA; Jorge Taiana, the former minister of Foreign Relations of Argentina, and Jorge Castañeda, former minister of Foreign Affairs from Mexico, among many others. 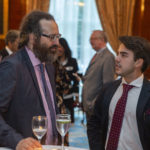 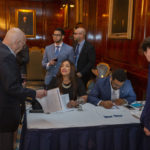 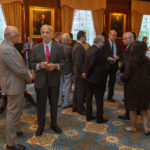 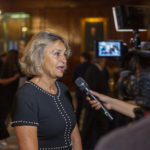 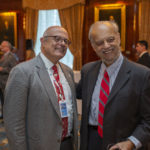 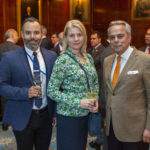 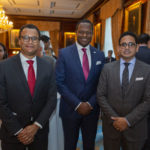 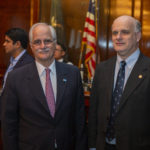 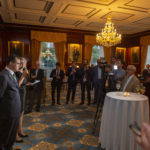 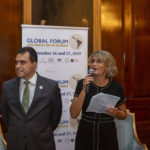 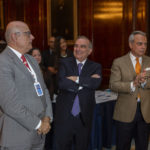 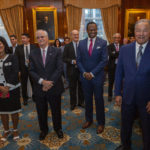 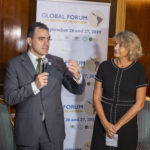 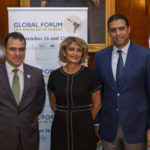 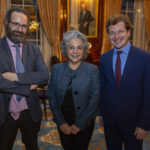 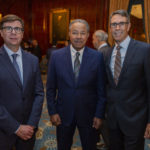