Victoria Sloan Jordan: “This movie could not be a traditional documentary, based on data and interviews, because director Chris Jordan and I are artists. He is a photographer and I m a poet; we had to do something that reached the human condition.”

Santo Domingo – The second day of DREFF 2019 concluded tonight at the Pontifica Universidad Católica Madre y Maestra (PUCMM) in Santo Domingo with the screening of Sea of Shadows after a long day filled with great films around various colleges as well as cultural and academic institutions around the country. Two cities and seven venues hosted productions about the environment and sustainable development, where they exposed the most pressing challenges of the planet and the best and most successful methods to overcome them. In the morning, the Universidad Iberoamericana (UNIBE) of Santo Domingo showed the screening of the American movie Albatross by Chris Jordan, with the presence of its producer, Victoria Sloan Jordan, who participated in an interesting discussion with students from the academic institution.

Albatross delves into the problem of plastic pollution through a small albatross in the middle of the northern Pacific Ocean, where thousands of young albatrosses die with their stomach filled by plastic. The Director of programming, Maria Victoria Abreu, thanked UNIBE for remaining an enthusiastic partner of the Festival and for its support of Sloan Jordan’s participation in the country with Grupo Puntanaca and Delta Air Lines. The producer of Albatross said she is very happy to be in the Dominican Republic and thankful that Albatross can reach communities in the Dominican Republic. When asked about her experience at DREFF so far, she replied “outdoor cinema in the sultry Dominican evening under a blanket of stars- what could be better? It was an inspiring experience sharing our film with the Punta Cana community and with students at UNIVE, especially the engaging and heart-full questions that followed. Thank you, DREFF, definitely a festival to repeat!”

The day began with a screening of Pandas for the children, in the Biblioteca Infantil y Juvenil República Dominicana (BIJRD), in Santo Domingo, as well as a screening of Worse Than Poop! at Instituto Iberia de Santiago de los Caballeros. Ramón Cabrera, DREFF’s multimedia coordinator, presented the first film while Reidy Moreta, DREFF’s social media coordinator, presented the second film. A student in attendance, Paola T., said about the film; “Worse than poop is one of the shortest films I’ve seen, but also one that taught me the most, and its regrettable that humans still resist change when it comes to energy use just to save some money when, in the end, it comes at a greater cost.”

Lila’s Book by Marcela Rincón González, which delighted the child audience in the Colegio Bilingüe New Horizons of Santo Domingo, closed out the morning projections.

Before the screening of Chasing Coral in Santiago, Reidy Moreta highlighted that the coral reefs are disappearing around the world at a fast rate just how its shown in Jeff Orlowski’s American film. “This is an issue that the Dominican Republic is facing as well and requires swift actions.” A student in attendance named Camilo A. thanked DREFF for “showing the reality of our oceans. Today I feel more committed to save our planet.”

Ramón Cabrera presented the Mexican short film El Buzo at UNPHU which narrates- in an illuminating way- the history of Mexico city’s chief of the sewage diving team. Cabrera also introduced the Argentine-Belgian production directed by Nicolas Richat and Nico Muzi, Invisible Frontier, renowned and prized around the world. Dolly Martinez, director of environmental management at UNPHU, said to DREFF “thanks for coming here to share this moment and your knowledge, to see what you are doing in other parts of the world, to see how other people feel uneasy when it comes to the way we live or why we suffer that and where and how you plant solutions to make this world a better place.”

At the Sea of Shadows screening, María Victoria Abreu thanked PUCMM for receiving the activity and explained that the film fallows a dedicated team of scientists, conservationists, investigative journalists, secret agents and Mexico’s Marines in their fight to save the last living vaquitas in Mexico. Rosy Ruiz, representing PUCMM, noted: “The festival is of great value to the School of Business and we feel motivated to create a permanent film-forum relying on your support.”

Under the theme “Passion for our planet”, the seventh edition of the Dominican Republic Environmental Film Festival was inaugurated yesterday with a program of four days and films and discussions around the environment and the challenges of climate change. Three Dominican cities- Santo Domingo, Santiago and Punta Cana- will host activities where the main objective is to welcome and involve the community in the biggest and most important challenge that is occurring in our planet.

Continuing its mission from past editions, the event tackles themes related to the conservation of species, oceans, plastic pollution, renewable energy sources, and many other aspects of sustainable development. A total of 12 screenings from 6 countries- Colombia, Argentina, Belgium, U.S.A., Mexico and the Dominican Republic- will be shown over the next 4 days in 9 venues around the country in association with universities, schools, libraries, and cultural and research centers. 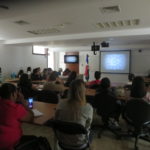 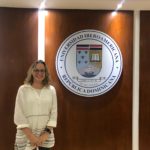 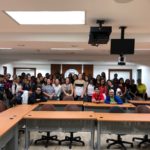 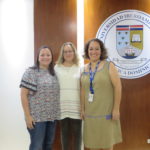 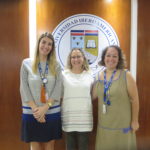 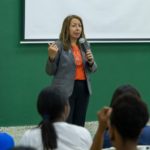 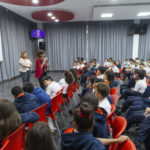 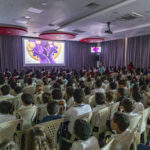 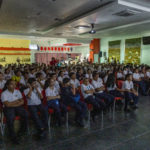 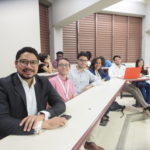 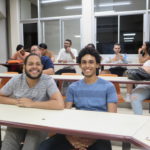 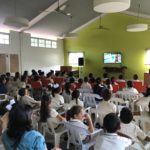 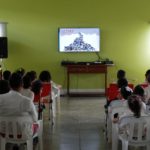 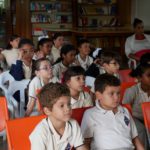