Director of the Washington Office of ECLAC

About the Director of the Washington Office of ECLAC, Inés Bustillo

Inés Bustillo is the Director of the Washington Office of the Economic Commission for Latin America and the Caribbean (ECLAC). The organization is one of the five United Nations regional commissions and was established through the Economic and Social Council resolution on February 25, 1948.

It was founded with the mission of contributing to the social and economic development of Latin America.

ECLAC’s headquarters are located in Santiago, Chile, has two sub-regional headquarters in Mexico City, Mexico and Port of Spain, Trinidad and Tobago and has the office in Washington, DC.

Inés Bustillo joined ECLAC in 1989 as an Economic Affairs Officer and has worked on topics that include macroeconomic analysis, international trade, and finance. Previously, Bustillo was a Professor of Economics at the Universidad Anáhuac (Mexico City), Visiting Faculty at American University, and a consultant to the World Bank, the Center for Latin American and Monetary Studies (CEMLA), and Operadora de Bolsa in Mexico City.

She is the author of numerous articles and has presented at universities, think tanks, international organizations and other prestigious global institutions.

Dr. Bustillo earned her master’s and doctorate degrees in Economics from American University.

Topic: An interview was held between Martinez and Dr. Bustillo about ECLAC and the challenges and advances made related to social and economic development in Latin America and the Caribbean.

At the beginning of the chat, the two spoke about ECLAC’s ongoing 70th anniversary. Dr. Bustillo mentioned that the organization was formed by a Chilean diplomat, Hernán Santa Cruz, to focus on issues related to the economic and social development of Latin America. For the last 70 years, the organization has been dedicated to that mission, but has also adapted and expanded its activities and goals. 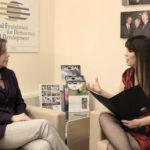 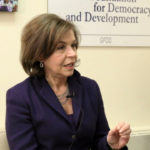 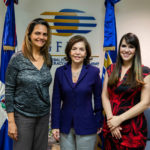