Socioeconomic Global Trends: Crisis or the Need for Change

The forecast for global growth “has darkened,” according Ingo Pitterle, analyst from the Department of Economic and Social Affairs of the United Nations. Pitterle presented what he considered a “pessimistic situation,” at the international level, characterized by polarization and great macroeconomic inequality. “Demand has gone down, which affects production and investment… Policymakers are in a very challenging situation. Many of the current macroeconomic indicators do not stimulate investment. It is quite a complicated situation,” he added.

Among the risks listed by the Senior Economic Affairs Officer, Global Economic Monitoring Branch, Economic Analysis and Policy Division, Department of Economic and Social Affairs of the United Nations (UN DESA) include the accelerated effects of climate change, the deterioration of financial conditions and the increase in trade tensions between countries.

In that vein, the former Mexican president Felipe Calderón, made reference to the potential impact to global production that the trade war between China and United States, a conflict that he defined as “the main enemy” for international economic growth and the “potential trigger” for a recession.

The fear and uncertainty that a potential global recession provokes, years following expansion, dominated the debate in the first panel, which focused on global trends. The panelists also debate the role of countries’ central banks, which can meet the feasibility of carrying out fiscal expansion, accordingly, expressed Raúl Feliz, Professor at Centro de Investigación y Docencia Económicas (CIDE). “The big question is: in the tenth year of expansion, central banks have still not been able to generate positive interest rates and primary balances. How can we make do in the context of negative rates? Are the financial rules and institutions appropriate? Banks have made it impossible with a wide range of mechanisms and it’s still impossible to maintain growth. Are we not in a moment of fiscal expansion? And if we are, what type of fiscal expansion?” asked Feliz.

Meanwhile, one of the problems that the former president of Slovenia Danilo Turk stressed was inequality: “We must search for the way to address the question of income inequality,” he maintained. “While the economic Outlook is not hopeful, we cannot forget the importance of social development. We need to confront inequalities,” he continued.

In regard to one of the most debated topics, the trade war between China and the United States, the former president of Slovenia and the member of the Club de Madrid said: “We cannot treat it like a natural disaster. It took place because the US president wanted a war, because, for him, these wars are easy to win. On this topic we have to have a basic level of moral clarity. To say that China is a financial or technology manipulator is a form of cultivating warm but not based on good reasons.”

In the panel, moderated by Massimo Tommasoli, Permanent Observer for International IDEA to the United Nations, was also Rob Wood, Principal Economist, at the Economist Intelligence Unit. For Wood, some countries in Latin America “are going to search for help for global development” due to the limited capacity that they have had for their own growth in recent years.

The forum, which is taking place at the Union League Club in New York City, coincides with the General Assembly of the United Nations. It will continue with a panel featuring economists and experts in economic development who will debate the debate perspectives for Latin America. The panel is about challenges for public order and security in contemporary democracies.

This initiative is organized by the Global Foundation for Democracy and Development (GFDD), Fundación Global Democracia y Desarrollo (Funglode) and the International Institute for Democracy and Electoral Assistance (International IDEA) with the support of the Economic Commission for Latin America and the Caribbeam, World Leadership Alliance–Club de Madrid, the Institute of Latin American Studies of Columbia University and the Central Amreican Integration System. 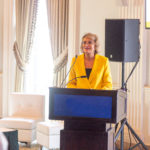 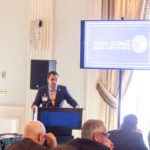 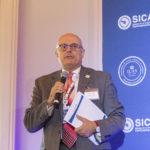 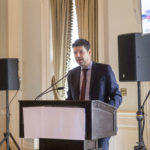 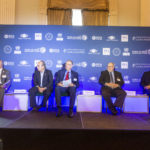 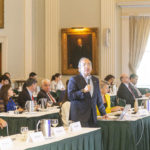 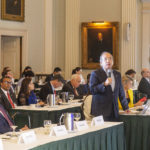 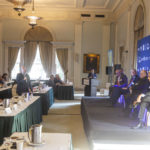 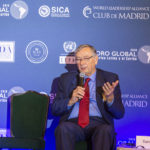 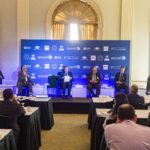 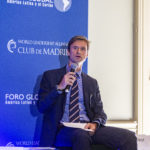 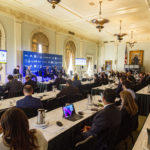 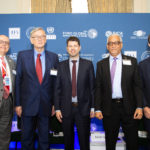